One mom's journey through life, love, and loss.

When I submitted my post to Love What Matters I honestly wasn’t sure if it would be posted or what people would think if it was posted. Needless to say, it was posted and the response was amazing. People loved it. People shared it. I had many messages from mom’s all around the world asking me about ITP, telling me their stories, and sharing their support. Once again, I was blown away by the response and the love we received. When I asked your daddy if he saw what I did he was extremely proud of mama. He told me he read it and then said “but you really didn’t talk about me.” He’s right, that post was completely about my experience on the worst day. I didn’t touch at all on his side of the story. However, it is HIS side of the story, so it’s hard for me to put that into words. I am going to take some time tonight though to write about what I saw in him those early days and still now.

The Loss Dad. The dad that gets a call only hours in his day only to be told that his daughter is in the hospital in critical condition and that he needed to get there. The dad that left his family sleeping earlier that morning to go to work so Mama could stay home to take care of his daughter who needed extra special attention. The dad that walked into a tiny exam room to find his wife sitting on the bed white as a ghost and hardly able to answer his questions. He sat patiently and listened to what the doctors and nurses had to say. He stood by his daughters side minutes before they loaded her into the ambulance and her Dr told us she was stable at that point. He kissed us good bye and got into a cab to head home and follow us to Saskatoon. His wife and daughter in the air, he in his truck. He packed bags and left in minutes. He called his work and his parents. He drove 3 hours by himself in what I can only imagine was a thick fog of worry and fear.

When the Doctor called him to give him the very worst news of his life he told her he was still an hour out. That’s what he thought anyway. He turned down a police escort, and he told Dr. Sinah that if Eva needed to go, to just let her go. He pulled into the hospital parking lot minutes too late. He arrived in the PICU only to basically scrape his wife up off the floor and to hold me. Man did he hold me. When Eva was ready he took my hand and we went back in to see her. He held his baby girl and said “This isn’t her.” He just held her. He talked to the nurses with kindness and his only request was, “Please don’t take her away while we are up here, I can’t see that.” He stood by my side as we collected our things and headed back down stairs. At some point between all of this he told his parents, his employers, his best friends that our sweet daughter had passed away. For the record here – I told two people. Only two. He helped me get the courage to tell my best friend, “Yes, please come, we need you.”

Standing in a room at RMHC-Sask his next request was, “Can we bury her in Shamrock?”. Eva’s daddy only asked for like four things through this whole ordeal. Of course I told him yes. None of us slept that night, yet he drove all the way home in the morning. He asked his parents to be at our house when we walked through those doors the first time without our daughter. I’ll be forever greatful to him for that. He took control of so many things those early days because I didn’t know my head from my feet and nobody else wanted to overstep. He took many requests and answered many questions. He recently said to me that it was hard for him because it felt like everyone was relying on him to be the strong one. Honestly, I couldn’t tell him that wasn’t true and I couldn’t argue with him. In his literal hell he was a rock for me especially and for others as well. He took control in a time when nobody else would. He made a decision to take a drive with close friends after Eva’s grave side service because he needed space and he needed time with his people. He then paid for that decision and had to listen to somebody tell him not to let this break up our marriage. At the reception of our daughters funeral somebody said these things to his face. He took it in stride and listened to me lash out later when he told me about it.

The loss dads are often overlooked. That may sound harsh and you are probably thinking, “I talked to him, I thought of him.” Yes you most likely did but in the grand scheme of things after the first few days and weeks the world moves on and really only worries about Mom. The loss dads are behind the scenes holding mom up while also holding their own broken heart. The loss dads don’t open up and break down openly. The loss dads may often feel more isolated that the moms do. Jordon went back to work only about 3 weeks after Eva died. Full time, with almost 2 hours of driving each day to get there and to get home. He often came home to his wife struggling to make supper without completely breaking down in tears because there wasn’t a chair in the way. He never got mad, he never got short tempered or loud with me. He always held me and continues to do so even now. He comforts me and listens quietly while I rant. He may disagree with some of the things I say but he listens. He is strong. I know that he, like I do, doesn’t always feel that way.

The man that I married 5 years ago wasn’t a loss dad. He was a young man with big dreams of a family and a happy home. He never imagined this direction for his life, none of us do. That being said, that man is still here today and he is my biggest supporter. He has taken all of this in and I truly believe he is a better human. He loves his daughter fiercely, always has, always will. He supports every idea I have to get help us get through this. He doesn’t ask for much but he gives me everything I need. He has supported me when I am terrified of moving forward. He pushes me when he knows I need it. I also truly believe our marriage is stronger than ever, even if it is a lot more heated some days. He is kind and he is loving. He is strong and he is courageous. He is everything Eva and I ever needed. He might be a loss dad but he is and always will be the best dad Eva ever had.

Eva, your Daddy misses you everyday. Your daddy quotes you often and giggles just like you did when we tell stories about you. Your daddy loves you to the moon and back and is living every day with you in mind. He has pictures of you on his phone and a key chain of your beads on his keys. He sends me snap chat’s on ladybugs on his trailer while he is working. Your daddy loves you. 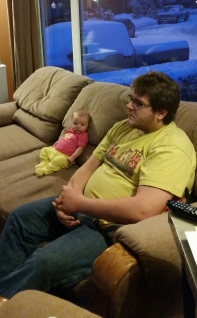 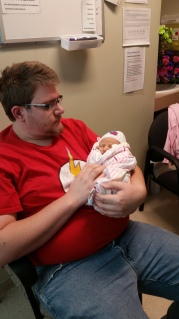 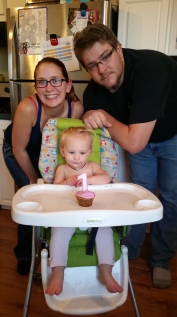 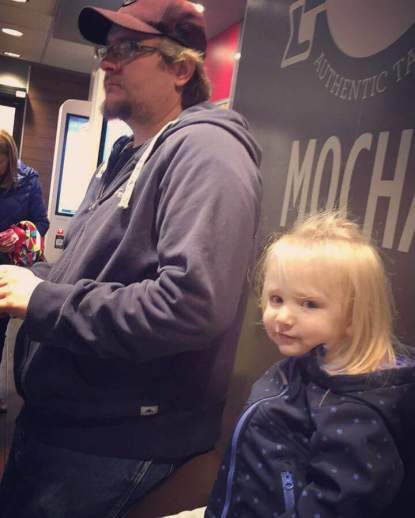 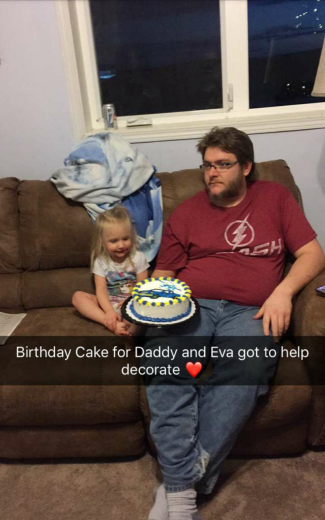 One thought on “The Loss Dad”